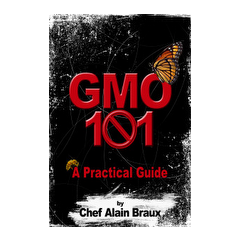 "There's no doubt that gluten-free is finally getting the attention it describes from mainline retailers." So says Kinnikinnik Foods, which specializes in the manufacturing and wholesale distribution of gluten-free foods to over 800 stores in the United States. The blog pointing that out also boasts, "We're pleased to announce that we've got three new chains to add to the ever-growing list of stores carrying our products."

Kinnikinnik is at the leading edge of companies that are developing gluten-free foods. It's a market that includes an estimated 3 million people in the US who suffer from celiac disease. A recent study indicates that one out of every 133 healthy people in the US suffer from celiac disease, which along with gluten intolerance and gluten sensitivity are defined as food hypersensitivities. When wheat gluten or similar proteins in barley and rye are ateen, they induce an inflammatory response in the small intestine that can lead to diarrhea, bloating and historically weight loss. A multitude of other symptoms and related disorders can accompany these hypersensitivities. Currently, the only treatment for celiac disease or gluten sensitivity is to avoid gluten-containing foods.

Products Are Hard to Find

For consumers with gluten intolerance a walk down any grocery store aisle is a hide-and-seek exercise in identifying gluten-free food. Although wheat (durum, semolina, kamut, spelt), rye, and barley are the main grains to avoid, people often forget that there is a long list of foods that may contain these grains, according to the Gluten Intolerance Group (www.gluten .net):

To alter an existing product, companies can use rice, corn, soy, potato, buckwheat, quinoa, millet, or nut flours, according to the American Dietetic Association. However, changing the grains can make the products texture and overall taste change significantly, as in soy-based pizza dough.

In the fall of 2007, Penford Food Ingredients launched a new tapioca starch that claims to bring back some of the texture lost in gluten-free products. The King Arthur Flour Company is also producing pre-made mixes with rice flour. The company includes some testimonials from satisfied customers commenting on how it tastes "like the real thing." Recently, General Mills announced the release of gluten-free Rice Chex. Although rice is gluten-free, the formulation included barley malt syrup, which General Mills replaced with molasses to make Rice Chex gluten-free.

Although researchers are working to develop prevention therapy for celiac disease and gluten sensitivities, the only true prevention is a gluten-free diet. The diet can be very limiting to consumers due to taste and texture of the products, high cost, and overall lack of availability. However, innovative food companies are continuing to develop new products and alter existing products to meet demand from this specialized population. As more food manufacturers try to serve specific niches, expect them to introduce even more gluten-free products.

One last thing food companies developing products for this market need to consider is the FDA's labeling restrictions. Although no official guidelines have been posted yet, more information about labeling should be available in August. The FDA document should include a definition of gluten-free, synonyms that may be used for gluten-free label claims, and an overall threshold value of gluten ppm (parts per million) that can be in a food and still be billed as gluten- free.

Get Notified The Minute The Sale Starts!